Your Bank,
your values

Banca Popolare di Sondrio, a cooperative limited by shares under Italian law, was established in 1871 in the Italian town of Sondrio and has closely witnessed and actively shaped the development of the region.

A representative office was opened in Lugano in 1991. Four years later, it evolved into Banca Popolare di Sondrio (SUISSE) SA, a bank governed by Swiss law and wholly owned by its parent company.

In Switzerland BPS (SUISSE) has 20 offices operating on the territory, visit www.bps-suisse.ch to know where we are.

BPS (SUISSE) opened its Monaco branch in 2003. As a universal bank, it specialises in private banking and mortgage financing in the Principality and in France.

Its wide-ranging activities, which cover all main sectors with an equal degree of expertise and reliability, reflect the Group’s philosophy: a bank that makes its clients top priority.

In Switzerland BPS (SUISSE) has 19 offices operating on the territory, visit www.bps-suisse.ch to know where we are.

Graduated in Economics and Business, Dr. Mario Alberto Pedranzini, born in 1950, Italian nationality, has been employed by Banca Popolare di Sondrio since 1977 where, having completed his entire hierarchical career, he took over the role of  General Director from 3 April 1997,

He has been Managing Director of the Group since December 21, 2012. He has been a member of numerous Boards of Directors of prestigious institutions and companies linked to Banca Popolare di Sondrio. In February 2014 he took over the Presidency of the Board of Directors of BPS (SUISSE). He is Director and Vice Chairman of Factorit spa and Board Member of the Banca della Nuova Terra, both controlled by Banca Popolare di Sondrio.

Brunello Perucchi was born in Switzerland in 1946. After having gained more than thirty years of experience at the Credit Suisse Group, taking over high responsibility roles, in 1999 he arrived at Banca Popolare di Sondrio (SUISSE) to cover the role of General Manager. After obtaining the Federal Capacity Certificate, he attended many in-depth courses including, in 1994, the Senior Executive Program of MIT Boston.

Giovanni Ruffini
Member of the Board of Directors

Accountant Giovanni Ruffini, born in 1939, Italian nationality, is employed by Banca Popolare di Sondrio, within the offices in Sondrio since February 1959. From 1972 to 1990 he covered the role of Head of the International Service. Before leaving the responsibility for the aforementioned service, he carried out coordination duties at the Milan, Como and Varese offices.

Since 1990 he has followed in particular the establishment of the bank in the city of Rome and oversaw the establishment of Banca Popolare di Sondrio (SUISSE) SA in Lugano, of which he took the position of Director since 1995. He is Deputy Director General of Banca Popolare di Sondrio since 1996 and vicar of the General Manager since 1997. Ruffini is also a member of the Board of Directors of Unione Fiduciaria Spa with registered offices in Milan and Arca Vita and Arca Assicurazioni based in Verona, of which he is Vice Chairman.

Daniel Zuberbühler
Member of the Board of Directors

Born in 1948, Swiss, he studied law in Berne and deepened his knowledge in the field of Commerce at the City Polytechnic University of London. In 1976 he obtained his law license and became part, as a legal collaborator, of the Federal Commission of Banks which he became its Director in 1996, holding the position until 2008.

In 2009 he was appointed Deputy Chairman of the FINMA Board of Directors, which he left in 2011. From 2012 to 2013 he took up the position of Director at KPMG, dealing with financial consulting. He has considerable experience as an active member of international organizations for financial regulation such as the Basel Committee on Banking Supervision, IOSCO, FATF and the Standing Committee on Supervisory and Regulatory Cooperation of the Financial Stability Board. Daniel Zuberbühler has been a member of the Board of Directors of BPS (SUISSE) since 2014.

Maria Galliani
Member of the Board of Directors and Secretary

Having graduated from the University of Zurich with a degree in law, Maria Galliani, a Swiss national born in 1961, obtained the relevant licences in 1988/89 and proceeded to work as a lawyer and notary until 1997, when she was appointed Public Prosecutor of the Canton of Ticino. Ms Galliani has held the position of Deputy Attorney General since 2003, heading up the group of Magistrates tasked with financial and economic criminal cases. She has represented the Public Prosecutor’s Office on various boards, including the Supervisory Commission of the Canton of Ticino, and was a member of the Federal Council’s Advisory Commission on National Security. She left the judiciary in 2008, when she started working with Luca Marcellini and established her own firm in Lugano. Formerly President of the Coordination Commission for Victim Assistance, she is currently a member of the Disciplinary Commission of the Bar Association and an alternate member of the Authority entitled to appeal on matters relating to ANRA.

Mauro De Stefani was appointed Chairman of the General Management as from 1 January 2014, thanks to the skills acquired and the many years of experience gained in various areas of the banking profession, both within the Parent Company and at Banca Popolare di Sondrio (SUISSE).

Prior to his appointment, he was active as Head of the Foreign Office of the Milan branch of Banca Popolare di Sondrio and then moved to Lugano in 1991 as head of the Parent Company's Representative Office in Switzerland.

In 1995, with the foundation of Banca Popolare di Sondrio (SUISSE), he joined the small number of collaborators in charge of the new banking project (start-up) and the initial operational staff with the opening to the public starting from July 1995. At Banca Popolare di Sondrio (SUISSE) he held positions and management positions in the Administration, Credit, Controlling, Markets, Commercial and Front sectors. Member of the Management Committee since its establishment, since 2004 he has been appointed Deputy General Manager Vicar and since 2008, Vice President of the General Management.

Roberto Mastromarchi
Vice President of the Executive Board, Head of the Front Office Division

Roberto Mastromarchi, born in 1974, has Swiss and Italian nationality. After obtaining his doctorate in Business Economics at the Luigi Bocconi University in Milan in 1998, he took his first steps at the Headquarters of Banca Popolare di Sondrio in Sondrio, and then arrived at Banca Popolare di Sondrio (SUISSE) to work in Asset Management, a division which he later on took responsibility of in 2005, until he became Head of the Products and Services Division.

Since January 1, 2014 he is a Member of the General Management of Banca Popolare di Sondrio (SUISSE) and Head of the Front Division, which includes the sales network and services of Product Management, Investment Advisory and Asset Management. In possession of the CFA diploma in financial analysis, he attended several specialization courses aimed at the development and acquisition of professional, managerial and leadership skills, obtaining the CESGA certification in 2020. Since 2012 he has been collaborating in the Asset Management activities of Centro Studi Villa Negroni.

Paolo Camponovo
Member of the Executive Board, Head of the Logistics Division

He graduated in Electronic Engineering at the Zurich Polytechnic in 1988, attended AZEK courses in financial analysis and portfolio management and obtained a Diploma in Advanced Leadership in 2012. He began his banking career in 1991 at the former -UBS, passing then at the Banco di Lugano after gaining numerous professional experiences at Siemens in Zurich, Elettra in Italy and Raytheon in the United States. He has attended many specialization and refresher courses and holds a senior management certificate from the Swiss Finance Institute in Zurich.

Alberto Donada, born in 1973, joined Banca Popolare di Sondrio (SUISSE) on 1 July 2022. Since October 1, he has been General Manager, Head of the Loans Division. After graduating from the University of Fribourg in 1997 with a degree in Political Economics, he began his banking career in 1998 at a major bank, gaining considerable experience in the field of loans and management and holding several managerial positions. He has also been involved with numerous projects aimed at developing the loan sector and the bank. He speaks Switzerland’s national languages and English fluently. He has attended numerous specialist technical courses in banking, tax, property and management.

Our experts will evaluate your real estate project and provide you with a carefully thought-through plan.
Read more

Our dedicated team will lend their expertise to help you make investment decisions.
Read more

We provide everything you need for your day-to-day requirements.
Read more

We offer an extensive range of credit cards and prepaid bank cards to meet a wide range of needs.
Read more

The e-banking platform of BPS (SUISSE) lets you do all your banking online, 24 hours a day.
Read more

Because every investor and every property is unique, tailored advice and careful assessment are required to make the most of the investment.

We can help at every stage of your real estate project. Our flexible and fleet-footed loans team will propose the solution that best meets your needs, placing their many years of mortgage experience at your disposal.

Popso (Suisse) Investment Fund SICAV is an investment company under Luxembourg law that was set up in 1999 on the initiative of BPS (SUISSE).

Its broad range allows you to choose from various investment strategies and many opportunities to combine different products to secure an asset allocation that delivers your expected returns and matches your risk profile. BPS (SUISSE) acts as the investment manager.

For certain investment strategies, however, it may recruit the help of hand-picked independent managers with proven experience. Visit Popsofunds.com for more information. 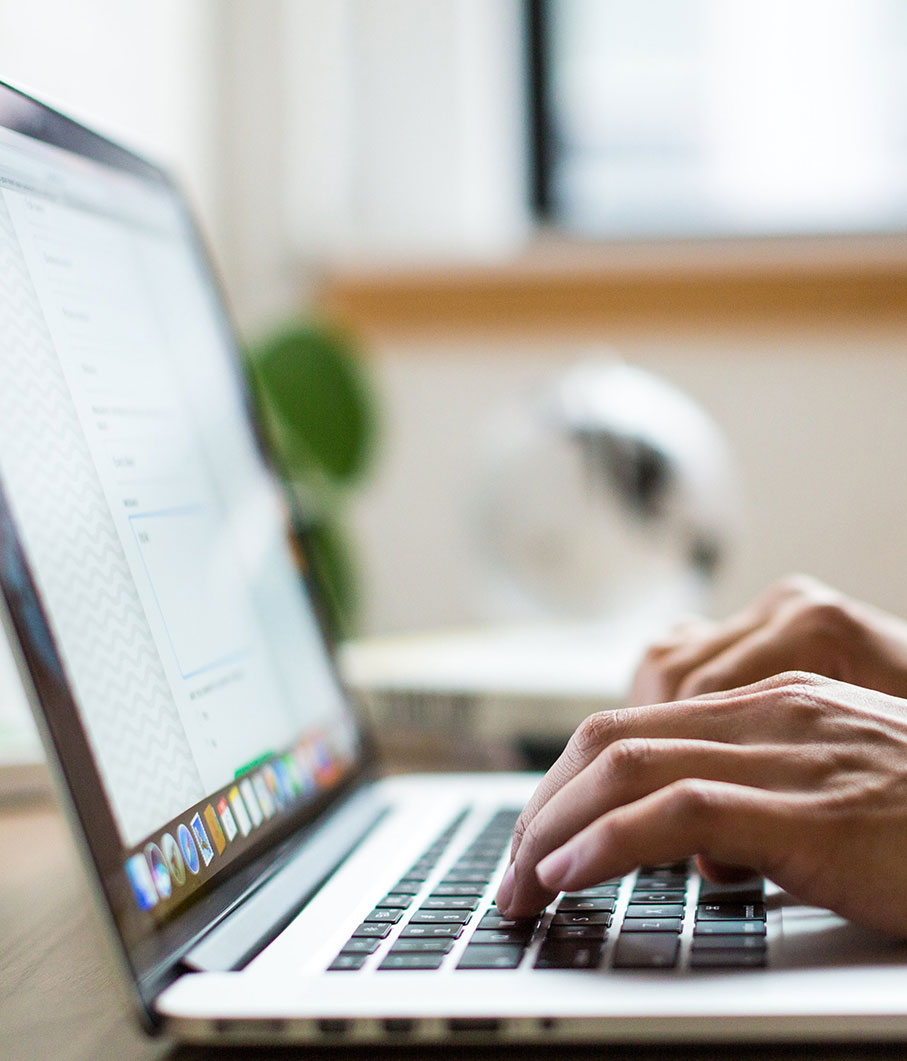 Need more information on our products and services?
Simply use this form to write to us and we’ll get back to you as soon as we can.